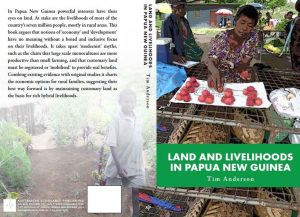 A slow motion drama is in play in Melanesia, above all in Papua New Guinea, where the ‘omissions’ of the colonial era are being addressed by neo-colonial forces. The economic interest of the big powers has its focus on land – always a key resource but increasingly valuable in times of multiple food, financial, energy and ecological crises. At stake are the livelihoods of most of the country’s seven million inhabitants, 85% of them rural livelihoods. This book argues that notions of the country’s ‘economy’ and its ‘development’ have no real meaning without an inclusive focus on both these livelihoods and the role of customary land.